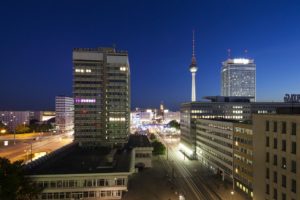 The city of Austin has no limits as it grows and grows into something much different than it was 10 years ago. A building boom is a welcome event in a city you almost can’t believe used to a sleepy college town. The University of Texas, Austin, an exploding music scene and events like South By Southwest have put Austin on the map as one of Texas’ best cities to live in. As wonderful as Austin is, one downfall of Southern Texas living that we hear often in our line of work, is the intensity of the sun–larger than life like Texas itself. Also, a slight uptick in smash and grab crime. As new residences go up weekly in this case study on multi-tenant commercial properties benefiting immensely from window film is more pertinent now as it ever has been.

SITUATION: A multi-unit apartment building in Michigan was experiencing a sudden rash of break-ins on their property. The tall windows of the apartments were easy targets for smash and grabs in this normally low-crime area. Additionally, tenants regularly complained about excessive heating bills and in some south and southwest face apartments an uncomfortable glare.
SOLUTION: The property owners decided to use Solar Gard on all of the apartment’s windows because of the multi-use applications. The film promised to keep windows secured, slightly shaded and energy efficient.
RESULT: The owners could not be happier with the results and their decision to use Solar Gard. They reported that occupants immediately experienced increased comfort and significantly reduced utility bills. The 8 mil film also protects against the glass windows being shattered by any would-be thief ergo– no more smash and grab break-ins.

Our Austin, Texas customers report the same safety, reduced glare and energy savings as the case study above. As Austin grows and the need for safe, affordable housing increases with it, developers should look at solutions like window film to keep the quality of living for residents high. However, Part of the success of window film is directly related to choosing the right installer. Window Film Austin has installed tens of thousands of feet of window tint and has the highest BBB rating. Our window film applications never chip or peel and all of our installers are warrantied by the products they install. Contact us today for a free consultation and estimate.